between here and home a lifetime by Mike Keville

A collection of small poems & artwork including haiku, senryu, tanka and haiga. 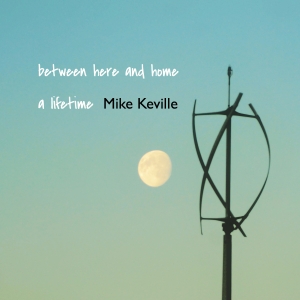 Mike Keville is both very down-to-earth and a very modest person, and even more modest poet. This book shows he should be recognised by a wider audience. What I’m astounded by, is that despite seeing his poems here and there, mostly on social media, I had no idea he had such a strong collection in him already, waiting to be published. It’s been a humbling experience, reading the manuscript, both as an entire overall larger poem, as any fine collection should be, in my opinion, and its smaller components of individual verse. Mike has both haiku and tanka in his blood, and brings in a partnership of the classical and the modern seamlessly. There’s such a lightness, and a lot of shade, with varied tones of humour, and the deepest poignancy. Clearly this is a human who engages in life and knows it is fleeting, and it has to be enjoyed, even in times of great danger and ill health. This is one of those books you will want to keep close to hand, and heart, and to reach out for, from your bedside, on stormy nights, and other uneasy times. This is a collection you will love to read when you are feeling happy and can feel happier, and one to read when things get bad, very bad.